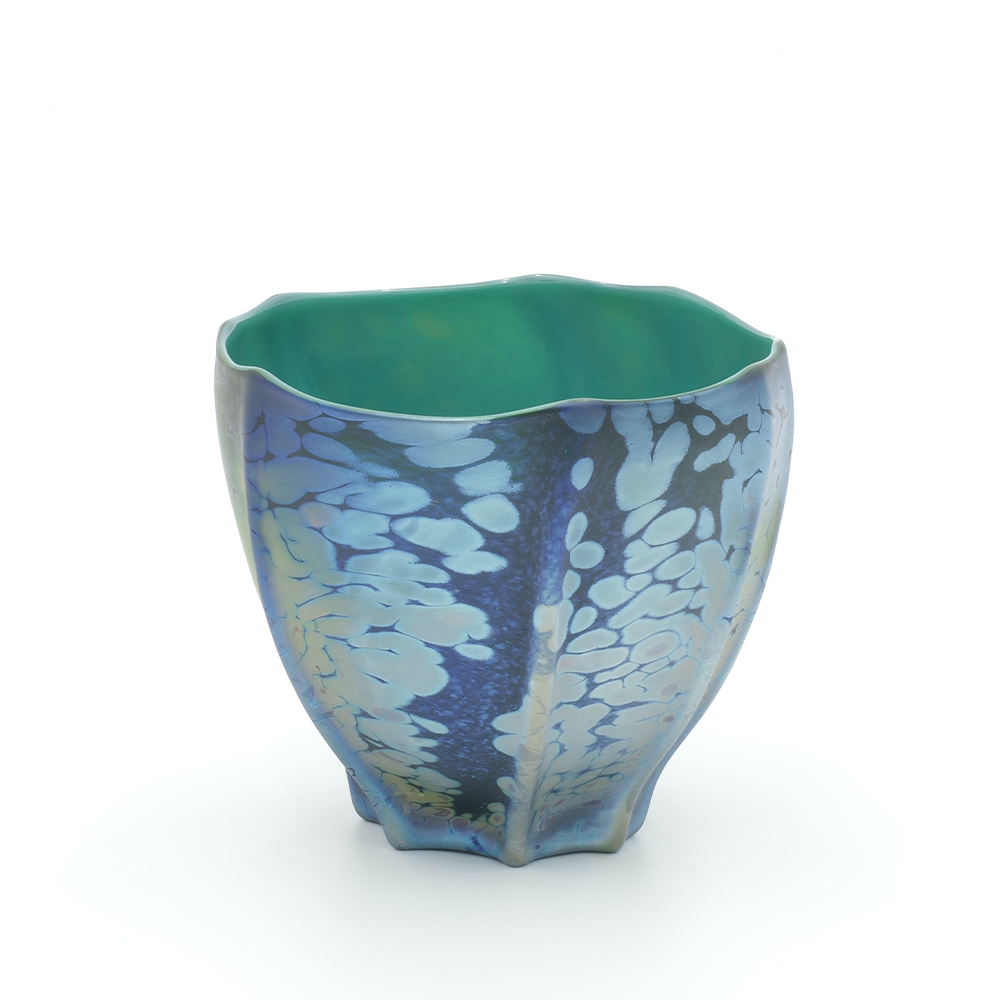 Born in Yokohama in 1979. At the age of 20 while traveling abroad alone, Inoue was fascinated and inspired by the light of glass. After training at several blown glass ateliers in Japan and overseas, he started his own atelier “Naruhito Glass” in 2012. Move to Kuju Kogen Heights, Taketa City, Oita Prefecture, Kyusyu in 2015, and established “Magma Glass Studio”. As settled down in Kuju, he created “KAGUYA” series of Glass art works, which are unique in using bamboos for forming shapes. Now works of “KAGUYA” series vary from liquor cups, flower vases to tea utensils as well as crafted sculptures.